TOMI Magazine is a popular entertainment business magazine that covers all sorts of fields like sports, entertainment, film, music, television and business. TOMI Magazine is a bi-monthly publication that believes in connecting its audience by way of creative expression and continuing its development by listening to its audience. The magazine makes all possible efforts to stay in touch with its readers and to ensure that it offers them with the right kind of information and advice that is consistent with the industry needs of today. 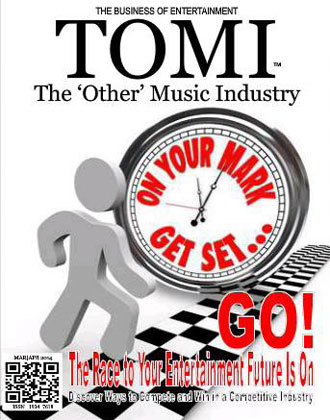 In an article titled “Go for the Gold” that appeared in the March/ April 2014 Issue, author Tonisha L. Johnson features the exclusive OROGOLD 24K Men’s collection and states that “everyday should be the day you go for gold. Tonisha is the President/ CEO of TOMI Enterprises, the group that owns the TOMI Magazine, TOMI  (The ‘Other’ Movie Industry Film Festival), TOMI Institute and TOMI LE. 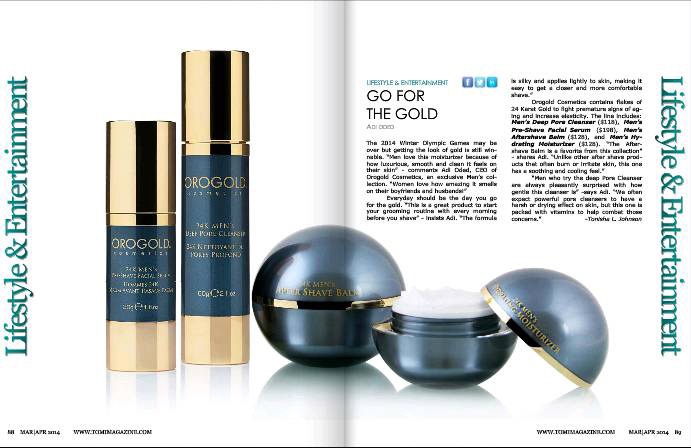 Tonisha interviews Adi Oded, the CEO of ORO GOLD Cosmetics, who offers great insights into the brand. In the interview, Adi talks about the exciting 24K Men’s Collection and states that “Women love how amazing it smells on their boyfriends and husbands”. Adi also talks about how the 24K Men’s Collection feels on the skin. “The formula is silky and applies lightly to skin, making it easy to get a closer and more comfortable shave”.

Tonisha states that the 24K Men’s Collection contains the Men’s Deep Pore Cleanser, Men’s Hydrating Moisturizer, Men’s Pre-Shave Facial Serum and the Men’s Aftershave Balm. We thank Tonisha and the TOMI Magazine for this excellent article and the beautiful way in which they showcase the 24K Men’s Collection, a collection that has been specifically designed to meet the grooming needs of men with as little products as possible.

The South Florida Luxury Guide is a resource guide that offers its customers with greater insights on various fields such as entertainment, luxury products,…